A question on the design of a printed part

In the early 90"s an engineer by the name of Kurt Schreckling from Germany designed and built the first (as far as I know) miniature gas turbine engine (about 5" diam. x 10" long) capable of powering a R/C airplane with a wingspan of about 5’. Since I have had an interest in gas turbine since …always, I bought the book he wrote about it, with plans and built the engine. It required basic metal working skill but needed the use of a lathe for some of the parts. The most interesting thing is the impeller. A shrouded centrifugal type made out of plywood, the kind used to make R/C aircraft. It has three grooves machined in it and then has carbon graphite fibre glued tightly into the grooves to supply the necessary strength to survive the rating of 75,000 RPM’s.

And now for the rest of the story.

This engine has been sitting on a shelf as a display for the last 25+ years and I belief that if I tried to get it going again the compressor wheel would just fly apart since the glue has aged. Now that I have a 3D printer I was thinking that I could print out a replacement. But will it hold together.

If the wheel was printed with it’s base on the bed with the shaft mounting direction on the Z axis, the layer lines would be in the right orientation for maximum strength, in relation to outward forces, with 100% infill printed with the concentric pattern to give equal strength in all directions to again resist outward forces. It would be finished in the same manner as the plywood version with the carbon fibre in grooves to give it strength.

Anyone with experience in this or other engineering skills have an opinion or knowledge on this. Is it likely to work or is it just a fools errand.

On Youtube, search for Integza’s channel. In addition to hating tomatoes, his other claim to fame is that he prints a lot of rocket engines, jet engines, etc. using various 3d printers (including ceramic) with varying degrees of success. It’s an amusing series if nothing else, but he’s probably already done what you’re attempting. I can’t say for sure as I haven’t watched all his videos but it’s kind of right up his alley.

He seems to have a fascination, as well as a superficial resemblance to, Nikola Tesla.

In addition to hating tomatoes

There is another guy experimenting with FDM-printed turbines, more like Fans so far though. 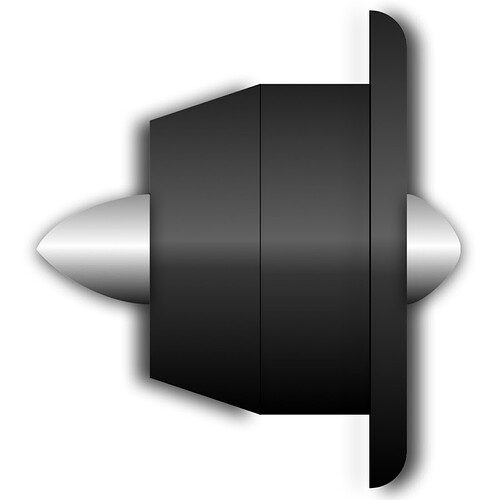 I always wonder about the Severus Snape picture beside Tesla’s in the background of Integza’s shop.

Oh yeah, +1. Integza has done a LOT of rockets, pulse jets, turbines, all with 3D printing as the basis.

Good luck on your project!

I have watched Integza’s vid’s before, sort of unintentionally suicidal in a humorous way. The Impeller he printed was resin based, what is the strength difference between the two methods??? His did seem to work.

If you watch the Skyers Jet test # 11 video he has a slight problem with the blades.