The best time to go vote

OK, so this is the General Discussion section so I’m going to post this here even though it’s completely unrelated to 3D printing.

I’ve just come off 4 days of advance polls as one of the poll clerks, so here’s my advice:

Whenever you think it’s a convenient time to go out and vote; it isn’t. 100 other people will have the same brilliant idea and you’ll be stuck in an hour-long line.

Do not go and vote at a time based on some universal metric. That is to say:

It takes about 3 minutes per person to process a vote. Absolutely DO have your ID ready. It’s absolutely infuriating how many people will wait 45 minutes in line and when they get to the desk, have to rummage through their purse/wallet for the ID they had most of an hour to have ready. It may only take 30 seconds each time, but it adds up.

The lulls were almost always odd times, like 23 minutes to the hour or 25 minutes after.

I had one grump come in on Saturday and grumble about how his tax dollars were being wasted as 5 election workers will milling around chatting while I had nearly fallen asleep in my chair. We hadn’t had anyone through the door in about 40 minutes. A few minutes after he left, the next wave came in on the hour.

Of course, inevitably, we had people grumbling that there weren’t more people at the polling desk during one of the waves. I would have loved to put them in a room with Mr. Grump to debate the use of taxpayer’s dollars.

We (the staff) began to refer to this as the “herd mentality” - the fact that large numbers of people - who don’t communicate with each other - all have the exact same intuitive idea of what would be a “good” time to go and vote.

Don’t follow the herd; you’ll be in and out faster.

I work in a university and the odd feast famine trend is real and always happens. 30 years of watching these trends every day. Good advise. oddly I have found that sometimes arriving seeing a big line just sitting outside or in a car for ten mins the line will be smaller. It is less infuriating that standing in a line too.

I already voted when it was convient for me, which happened to be at like 9am or so on a monday. Iuckily didnt have a line, but can see why it would be busy at those times.

I just wish there was a way for me to vote that i didnt support the parties and could have my vote counted as such.

that’s good info to have, myself and my wife are going to go vote early just after the kids are at school, doesn’t bother us about waiting most important thing is to just get out and vote.

I just wish there was a way for me to vote that i didnt support the parties and could have my vote counted as such.

That’s called a declined ballot. You bring your ballot to the Central Poll Supervisor and indicate you wish to decline your ballot. The ballot gets officially counted, but no party gets credit for it. Sadly, this seems to be a well-kept secret. I’ve only had one person ask me about it (during a Provincial election).

The only reason I even knew about this was that a former neighbour of mine was a Poll Supervisor and it came up in conversation. This was never brought up during training for any of the municipal, provincial or federal elections I’ve been in.

While further fact-checking as I write this, I’ve discovered it only applies to Provincial elections in Ontario, Manitoba, Saskatchewan and Alberta.

In a municipal vote many years ago there was a campaign called ‘none of the above’ and it was to vote non vote declined ballots. They got a shocking amount of people to do so.

Lego what happens if the majority decline to vote as you describe? Does anything happen or do they force a new election?

The small town where this happened if they had a majority of declined they would need to post new candidates and start over. It was in the by laws.

good question, i never would have thought of that.

Actually, I don’t know what happens then.

Any federal votes that arent done correctly (to ve counted only 1 selection made) are considered spoiled and not counted at all, from what i understand.

So i keep refering to what Tommy Douglas said about voting. We’re all mice voting in cats. 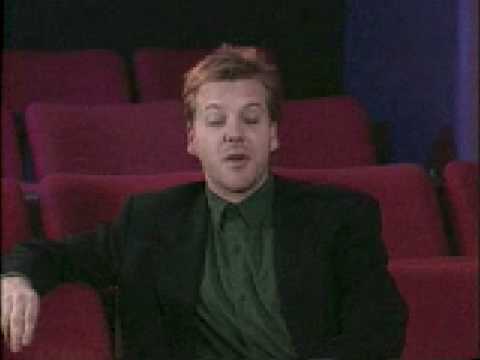 Im curious if anyone else has heard of this analogy and or agrees with it.

Any federal votes that arent done correctly (to ve counted only 1 selection made) are considered spoiled and not counted at all, from what i understand.

That is correct. And now I have to pad this to make 20 characters.