3DPrintMill (CR-30) vs iFactory: The Differences

Belt printers are a special type of fused-deposition modeling (FDM) 3D printer dating back to Blackbelt 3D’s Blackbelt printer in 2017.

One of the most obvious differences between the majority of FDM printers and belt printers is that the latter have a conveyer belt as the bed. At the same time, as an FDM-style printer, belt printers make parts by heating filament and extruding the material layer by layer from a nozzle onto a build surface. However, belt printers usually have a 45° or similar angle for the extruder, which, along with the moving belt, allows them to print a part with an infinitely-long Z-axis.

With a unique build surface and tilted axis, belt printers have two significant capabilities that standard Cartesian FDM printers don’t have. The first is infinitely long printing, where the belt printer can print “forever” as long as the print is physically supported. The second is continuous 3D printing, where the printer can print parts repeatedly because it never runs out of build space (as parts fall off when they reach the end of the belt). 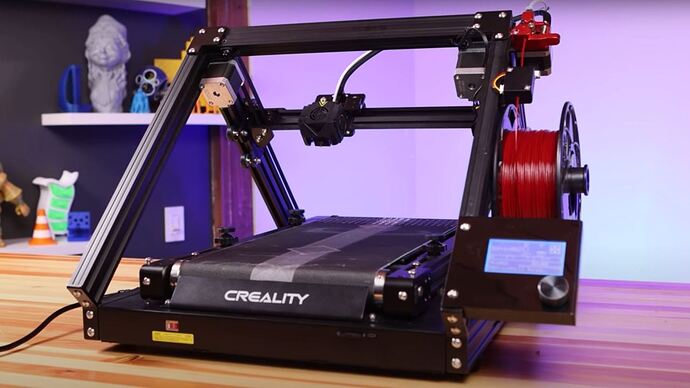 It's Creality 3DPrintMill (CR-30) vs. iFactory: See how these belt printers stack up and learn all about their features and differences.