CNC Kitchen on YouTube advocates using a concrete paver under a Printer to dampen vibration and movement of bed slingers. Has anyone tried that and does it do any good. 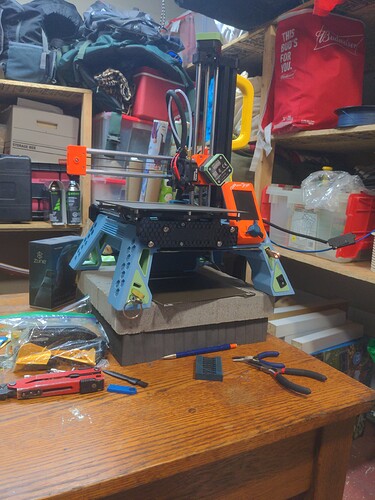 Do find it “dampens” the sound. There is logic behind it, but personally i dont find its much of a difference. But its a cheap option for small to medium printers.

I’ve seen it done and it can result in more trouble than you had originally.

From a mechanical perspective, you have a moving weight on the end of a weighted stick. The moving weight exerts force the other weights on the stick causing it to vibrate. By adding the concrete weight, you’re now adding to the system and you may get less movement on the structure but there will be longer “ringing” (movement of the platform back and forth due to the movement of the bed) and, if you hit a resonant frequency, things can get a lot worse.

If the surface your printer is on is moving because of the movement of the printer then the best solution is to get another surface or make the surface and the structure supporting it more rigid (ie put a piece of plywood across the legs to make what is essentially a solid platform). You should never feel the surface a printer is on moving in response to the printer bed (or hot end).

Adding concrete is a risky kludge.

I do this, but instead of the foam being under the slab, it’s between the slab and the printer. I have also secured a 2lb weight to the top front bar of the Ender 5 to dop the resonant frequency/amplitude. The combination does seem to reduce ringing.

I don’t see much printer movement but I was wondering if this would improve things. The table I have it on is a glass top computer desk, so not the most stable surface but I really don’t have a problem…yet!

There are some that think the printer should float on soft feet, maybe to counteract the movement. I don’t know about that.

Sorry, I should have noted that I put my printers on silicone pads - that does seem to dampen out motions a bit, prevents rocking (which you shouldn’t have because everything is square, but, you know) and protects the surface the printer is sitting on.

I tried it on mine. The Prusa no difference I could see, its so stiff anyway it has no ringing or very little. The mono price has nothing at all. The sidewinder it maybe made a small amount of difference there is movement in the frame so it didn’t make much difference.

Sorry, I should have noted that I put my printers on silicone pads

What kind of pads (specs.) and are they available commercially.

I got mine from AliExpress: 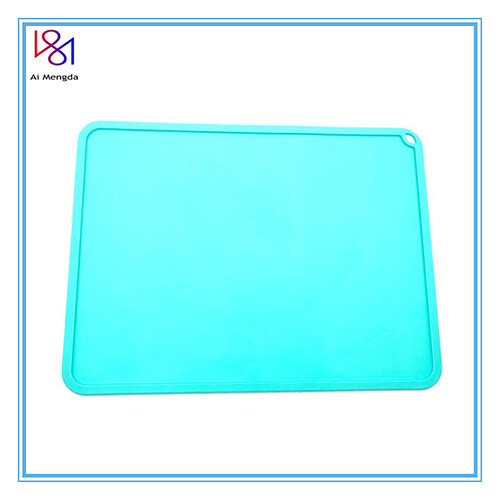 I was suggested to use these for FDM printers years ago - I know they’re for resin printers but they last forever, even out the vibrations and anything that drops on them doesn’t bounce away.

I use these ones under my printers: