Hey all. I use a lot of the Euro PETG in Orange and lately I’ve needed some other parts that could be better printed in PLA. Does anyone know if the Euro PLA Orange is a very close match to the PETG? If not, is there another brand that comes close? I need it to be as close as possible, the bright fluorescent orange of the PETG is fantastic and other colors just look dull next to it.

You know, I started a whole thread on this subject. There is a device called a Colorimeter which measures colour and brightness and returns them as two numbers. it’s used by plastics, paint and cloth manufacturers during quality control to ensure their products have consistent colours from batch to batch. 3DPC has one and I had asked them to publish the colorimeter values but nothing has come of it. That doesn’t help with your question, but I just wanted to let you know that there is a reasonably definitive way to solve this problem of colour-matching but filament manufacturers and retailers don’t seem keen on publishing this information.

I can’t speak to that line but the Prusament orange Petg and pla are the same.

Lego I forgot to bring the spectrometer home to do a few measurements for you. I marked it on my to do list I will measure a few filaments and maybe we can talk about if there is a way of getting useful information from it.

Given that the Colorimeters aren’t that expensive, I had contemplated buying one myself but then realised that it wasn’t practical to do unless the companies selling the filament were publishing values themselves. Having the numeric values doesn’t do a consumer any good unless they can use them to shop with.

Thanks for some insight. Colorimetry is a pretty neat trick and I imagine most filament producers should be doing it regularly.

I’ve heard from several people that the Euro orange is very close to Prusa orange but side by side they were very different. I know their orange pla matches the petg but I get great prints with the Euro line and the price is great compared to Prusa.

I really like the Prusa filament. The orange… its a touch off for me, too red or magenta perhaps. I like the econo fill orange (EconoFil™ Standard PLA Filament - Orange - 1.75mm - 1KG | Filaments.ca) it is a cleaner orange to me.

My spectrometer (mine is a 2 8-( I need to replace it, planned obsolesce, no more updates to the old software. if you buy the new one… the old one will work with the new software but you need the new tool to register the software, its a hardware dongle. fuming here…)

Does your meter provide L.A.B. values?

A colorimeter is around $300CDN. It works by providing it’s own calibrated light source. You place it on a patch of material you want to measure. It blocks out ambient light and turns on its internal lights to take readings of reflectivity at various wavelengths then spits out values that correspond to where the average colour sits on a colour chart (I don’t know the proper terminologies or even what L.A.B. means anymore) and second (third, fourth?) value that corresponds to the brightness of the colour. Not nearly as sophisticated as your Lamborghini model. (Funny how “Lamborghini” is in this site’s dictionary, but “extruder” is not - I wonder if that means the employees here make too much money 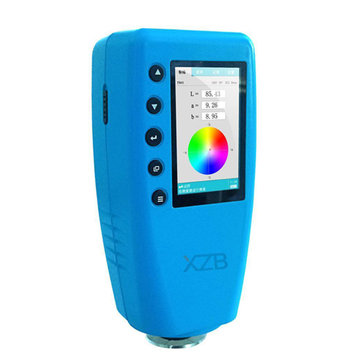 Euro PLA and Euro PETG are made by the same supplier so the colours should be similar. I say similar because the base raw material may have a slight colour difference between PLA and PETG resulting in a slight difference.

The tool you link is not a colour meter they measure light not reflected objects it is some kind of densitometer of photspectrometer. Semantics I know.

The first problem it has no meaning to most people. (its a yellow)

The second problem if two people had the tool one had an object they measured it still isn’t translatable to the other.

Lets then plug these numbers into software and view on a screen. The problem becomes the same as photographs of colour swatches (like the photo pasta gnome) if the screens are not the same the colour is not either.

CIELAB is old. 1948 or 1976 depending which camp you speak to. It is not a digital space but a method of quantifying colour based on human vision. The idea is solid. Measure a filament, transfer the measurements to a virtual display and see the colour accurately. Unfortunately LAB* is not adept at this as it requires a fixed white point D50 (most displays are D55 -65). Human eyes are effected by the light in the room thus altering the perceived colour, the quality of the display as well. Ideally it would be able to display all the colours LAB* could display right? That is a expensive display, the top of the line eizos can’t. They are the best (and most expensive colour displays available currently. They are too expensive for most people ($7000-$5000)

A ‘colormeter’ densotometer, spectrometer, eat. Would be perfect for reading a filament batch and making sure it was matching other batches. We have all seen this in practice at a paint store. Measure a sample and convert the measure meant into how much of what pigment to add to reproduce that colour. Perfect. The paint mixing formula as numbers however doesn’t relate without the mixing machine to anything.

The solution is easy. You take a set of calibrated swatches that are available for people to have then the filament manufacturer measures the swatch mixes pigment to match. Then you 1000 of miles away can select a colour and take the swatch code and buy the corresponding filament. This is already available for printing it is the pantone system. There are filament manufacturers whom sell pantone coded filament, you only need the swatch book for the system they use. I would assume that is the solid coated pigment swatch.

If you wish accurate colours you need the swatch book from pantone, then you just need to see what colours of filament are available and look up the swatches. more accurate then the meter would be.

Pantone 102C (yellow) if you have the same calibrated swatch the filament was matched too everything matches its a closed loop. You spoke of this it already is being used. 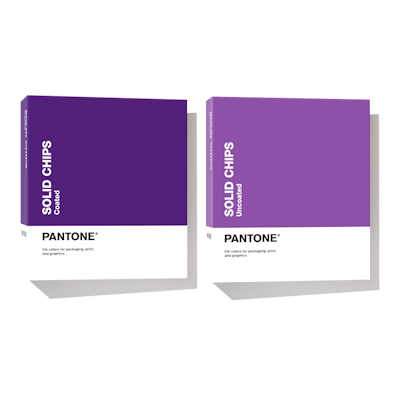 Double check to be certain these are the swatches that exactly correspond to the colours used!!!

It is like telling a friend you painted a wall with Ben Moore paint ‘oxford grey’ (2128-40) and that friend could then go get that paint chip and see accurately what colour it is.

No need to invent a new system it is already there.

I don’t believe that those colour matched filaments are true to colour matches. The raw PLA material has a tinge to it which will change the outcome.

I think realistically the best option would be to have retailer or manufacturer sell swatches. A disk say 35 mm diameter a hole in the centre say 10 mm and 2-3 thick.

The centre hole allows it to be placed on something to see how it matches. Just like pantone books it isn’t cheap and stain dates as things change. I like the idea but personally there is a limit of what I would be willing to spend and I suspect it would be fairly costly.