Looking for advice from our community…

Built a Lack Enclosure and have started removing the electronics from the printer to attach to the bottom of the table. As you all just said to yourself “What about access to the electronics?”. This is my dilemma exactly. What if I want to move the printer off the table for maintenance or other reason which are plenty.

What connections/hub/jumpers can I use to make the connect to the mainboard like pig tails or should I create a wiring harness for easy disconnect?

Any advice or products suggestions would be greatly appreciated.

Mount the electronics on a removable tray so you can pull them out at the same time you remove the printer.

My plan was more involved. I was going to take one of the Rear Motherboard conversions files for ender 3 Pro with side fan. and convert to to Vertical box to sit in front left corner of LACK enclosure. I would Drill out the Fan holes size in the Clear panel so Control box could get fresh air from outside and keep itself cooled.

Maybe I’m just missing something but, why are you separating the power supply from the printer in the first place?

So it doesn’t run into heat issues being enclosed with the printer.

First off, it’s possible you’re trying to fix a problem that doesn’t exist. I say that because I haven’t seen anyone on any of the Facebook groups complain that their power supplies or motherboards were burning out. Nor have I seen any of the people who post pictures of their newly-built enclosures get inundated with warnings of overheating from more experienced users. That having been said, just because I haven’t seen it, doesn’t mean it’s not a problem, so…

Second; if we assume that keeping the power supply/motherboard cool is actually a necessity, I think you may be over-complicating things. What you really want is a source of cooler air, so I’d be inclined to do the following:

At the back of your enclosure, buy or print a couple of corner brackets and mount them such that they force you to position the E3V2 in exactly the same position each time. 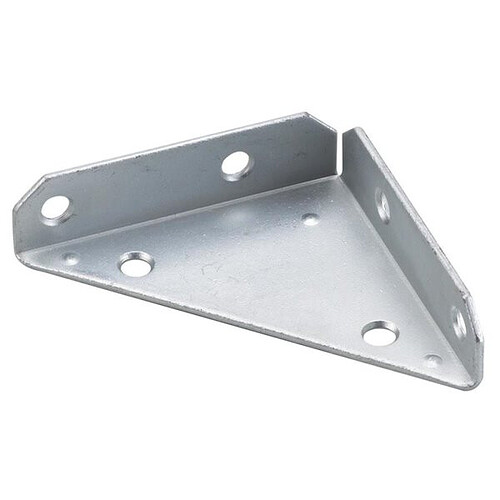 Now that you’ll have the printer reliably in exactly the same place, cut out some holes in the enclosure bottom directly below the fan outlet and air intakes for power supply and/or controller board.

Of course this assumes the E3V2 only has air intakes and vents facing downward. If anything is horizontal, it’s fairly trivial to print a hood that directs the flow downward.

Unless I’m missing something, all you would need to do is slide the back of the printer against the corner brackets and lower it over the foam to separate cold airflow from below from the heat of the enclosure above. No special wiring harnesses, no separate power supply/controller trays. Just pull the printer in and out as needed and let the foam separate hot from cold.

Good idea based on where you put the electronics but here is the issue with that in my situation @frozenrc.

Cable passthrough port in the top of the table the printer is sitting on. Would work if cables are long enough to say, put in a drawer and able to pull out but you still have to unpull everything to physically remove the printer.

I can see it work in other setups just not this one.

That’s a good idea too, but doesn’t help my current situation. Adding yet another @LEGOManiac idea for possible use in future ideas (soon I think).

Drafts started the enclosure build so I could print ABS with out splitting. Then heat became an issue inside the enclosure +35 - 55 degrees. My computer or Pi’s don’t even run that hot.

What I think I have decided on doing is creating pigtails off the motherboard and power supply that are housed in a printed hub like box flush mounted into the tabletop where the printer cables plug into it for easy unplug and removal. Servicing the electronics would still require printer removal and the table flipped over but how often do you need to do that.

Going to tackle this on the weekend… will let you know if it works out!! I have a tendency to cut holes in the wrong place creating yet another trip to Ikea.

Will add Progress Pictures later on.

I started along the lines Lego mentioned. I basically was going to duct a fan to the board and power supply. I started but found there was no issue to printing fully enclosed and stopped the project before I ever got it done.

I have the ability to take off or lean out three panels that make up the front. I am able to control he temperature inside the enclosure somewhat this way.