PLA has been the most popular 3d printing filament in the last few years but with more and more people looking to make functional higher strength parts and lower costs we’re seeing a market shift towards more PETG usage.

Are you planning the switch to PETG?

Will PLA still be your go-to daily filament?

With PLA prices in flux due to the China/US relations PETG may soon be a more affordable alternative to PLA. 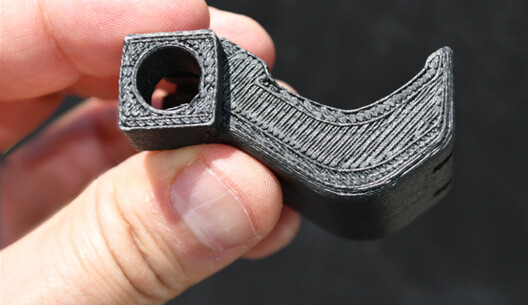 I think with the requirement of PLA in the medical industry that the prices on it will become a little out of range, or at least be priced in the “premium category”. It still has its uses but I think the cost on it will go up. Consequently PETG prices will come down.

I haven’t tried my hand yet with PETG but would like to at some point. I’m comfortable with PLA and my machine, so always weary of going from a known good state to an unknown state. I know there is some bed adhesion issues - the opposite to the normal realm with PLA in that PETG can actually fuse itself to the bed.
I’m comfortable with my printer, at this point, that I don’t need to apply anything to my bed for successful prints - no glue, no hairspray. I like having a single consumable (filament). From what I understand with PETG, I’ll need to introduce a tape/glue strategy to keep my bed alive.

I have mostly switched to PETG, due to its better transparency and much better mechanical properties. I use PLA pretty much only for purely decorative objects, and I suppose I wouldn’t miss it much if it became unaffordable compared to PETG.
PLA still has its place though. In my experience PLA can print much faster than PETG, which effectively makes it cheaper to use. If you’re scaling a print farm to do production quantities, a farm running PLA might only have to be half as big to achieve the same output as with PETG.
I print on ( regular old soda-lime) glass, and have never had the problem of prints sticking too well to the bed, unless I try to pry the print off while the bed is still warm. The different coefficients of thermal expansion between PETG and the glass mean that the print just releases by itself as the bed cools. It may well be that borosilicate glass would have problems, though, since its thermal coefficient is much smaller. (I haven’t researched this - it would depend on whether the thermal coefficient of PETG is greater or less than that of glass)

I am about 50/50 I like the wider options of pla and the bit more flexibility of petg. Perhaps petg will become more common but the perception petg is a bit more difficult to print with will need to change first.