I work away from home, provincial and company covid rules prevented me from coming home last year for 10 months. Sadly that was a month after getting my first printer. I’m usally away a few weeks at a time.

So, is there a printer that would pack well? I usally am at one location for months.

Probably not but I have given a portable printer some thought. You could build one or re-build it so it will fit into one of those heavy duty plastic cases. Quick connect supports, maybe hinged, for the vertical assembly that could be installed quickly unfolded and then print.

That’s what I figured, curious if anyone also done it and what make of printer.

Fast, fun, and easy to use. Cube makes it easy for anyone to get started with 3D printing in minutes | Check out 'Goofoo Cube- World's First Easy-to-use 3D Printer' on Indiegogo.

Beat me to that one. Who knows how well it will work but…

Monoprice mini select is a fully assembled ready to go very small little printer. The only mod I ever did was a glass bed when the sticker junk they used got torn. Its a great little printer.
looks like the end of an era it is marked discontinued. Still some here and there new, amazon.

The monoprice cadet also might be a candidate. I have no direct experience.

The First Mission to Discovery is here with the Monoprice™ MP Cadet™ 3D Printer. MP Cadet by Monoprice is the perfect 3D printer for beginners just starting their jou

Ive looked into this, let me get back in the morning with some links. Theres one in particular that sounds promising, but generally foldable printers arent ideal.

There is a amazing guy on YouTube
"Proper Printing " who has made a portable from a crealty printer . Well worthwhile checking out. Funny as hell too.

Maybe, if one had the skills, an accurate fitted bracket mounted on the base framework into which the vertical frame could be sat and then locked into place would be a better alternative. Any design in which the assembly time and associated headaches are small would work. Really doesn’t sound like to big of a problem to alter an existing machine, a Ender 3V2 series printer would be a good place to start.

This is an intriguing thought. How big a build area are you thinking? Taking something like the PRUSA Mini and having the z-axis hinge down or removeable with connector for all the electronics could work. A full calibration would need to be performed after each setup though, but I think it’s doable.

So at the moment this is a one off printer but it sounds like the designer is working out the kinks to work toward a community built printer that fits inside a filament box. The first version ran into some troubles but was a good working prototype. Id say keep an ear out for this guys next video. 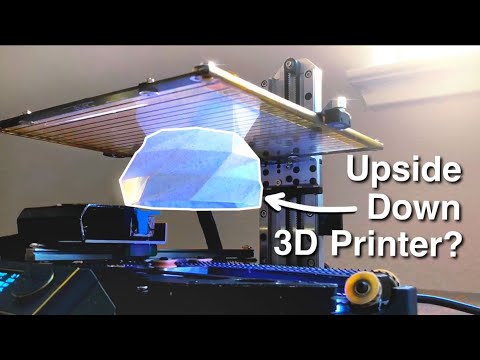 Now for some printers that are print ready and collapsible. 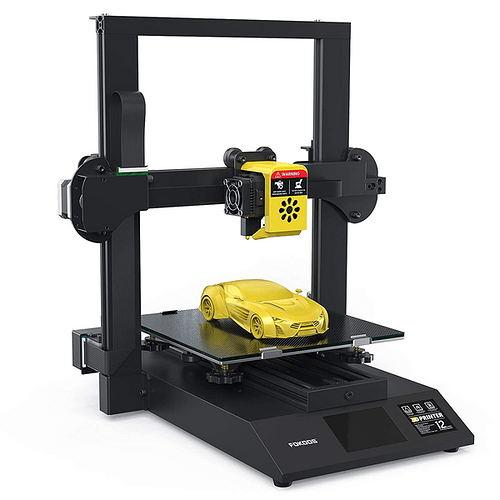 The odin printer. I dont know much forst hand info, but looking into it, they have a somewhat active facebook group that ive seen mostly positive things from. I havent kept up with it, but its essentially a foldable ender 3. They did a bit of a social media marketing thing which i suspect skews the reviews, but hardware wise it sounds reasonable. Im uncertain about nozzle/hotend info though suspect it to be a knockoff volcano. My irk against it is i dislike ribbon cables and daughter boards, but that dosent really say much against the product.

What about a delta printer? The monoprice mini is pretty small but been around for awhile and id say it would fit the portability your asking.

Ive been facinated with the delta printers, but they have different pros and cons. One pro being it really wouldnt take much for you to break one down to “flatpack” with your limit more so being how long of a package is portable. Something like the flsun q5

Q5 is a lightweight and compact delta printer developed by FLSUN on the basis of years of delta technology.The whole machine adopts a modular structure design. B It is very convenient to assemble and maintain, and it is very friendly to users...

In theory you could take a pelican gun case (long flatish hardcase, and cut out places for the main components of your delta.

Anyway thats all i got apart from the ideas other have said where you just disassemble your printer and move along with it as such.

Let me know if aby of this spurred ideas.