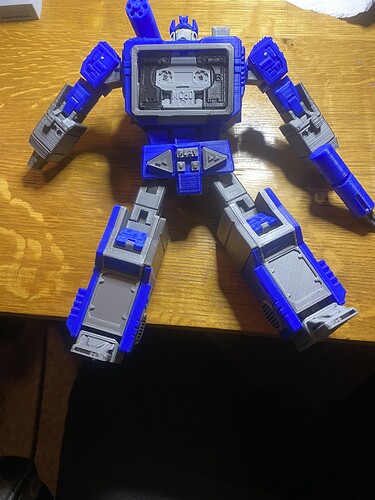 It does, yeah. I had just enough time to get him together last night, haven’t transformed him yet. Will post another picture when I do 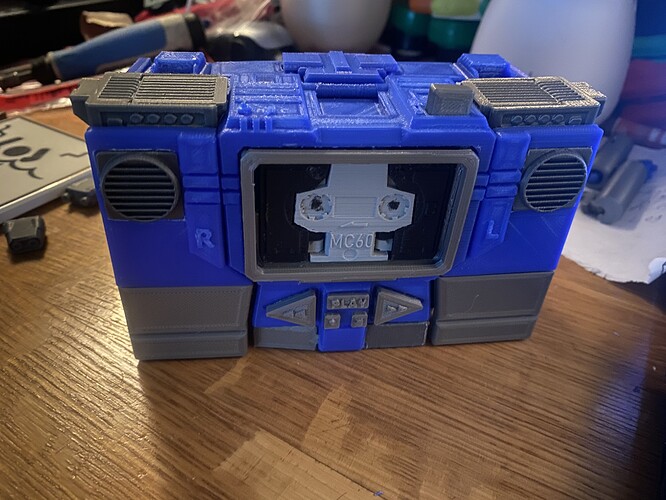 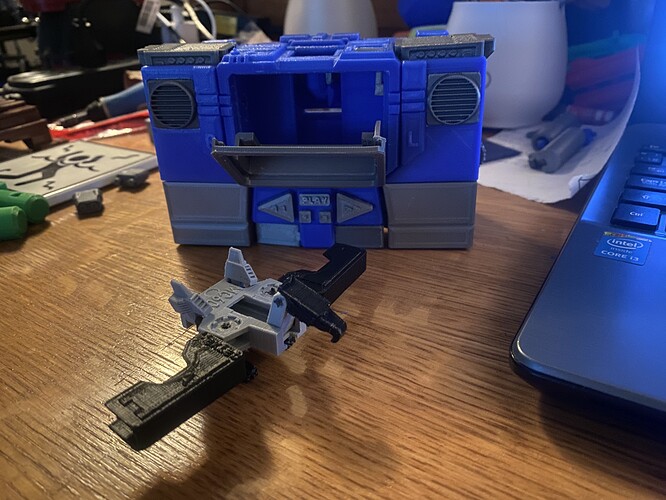 that’s amazing, all the gen Xers on here will totally appreciate that and smile

Glad you did Laserbeak too. Are you going to do Ravage, Rumble too?

I’d like to print those but So far I haven’t found any great recreations of either ravage or rumble. There’s a passable ravage on cults but it’s kind of janky.
https://cults3d.com/en/3d-model/various/transformers-g1-ravage

The soundwave and laserbeak prints are from Maxlab on cults
https://cults3d.com/en/users/MaxLab/creations

I’ll be doing optimus next since I think I have the colours already. Hound after that

Speaking as a late, border-line baby boomer, McDonalds had some of these as Happy Meal toys when I was a kid. Obviously not the ones shown here, but earlier versions. I had a McDonalds one that converted into a fighter jet and had a small pull-back motor in it to make it roll when it was a fighter and “walk” when it was a robot. They’re older than you think.