So i came across this a few weeks ago. And alothough i dont like the kickstarter model (cough Creality, cough) this one looks both promising and interesting.

Its goal is to be an ender priced belt printer. Its still a bit more than your ender 3, but all set up as a belt printer.

What do you guys think?

Personally im a bit more of a fan of a belt printer that will auto eject parts and just keep going. Like this Prusa Mini mod. 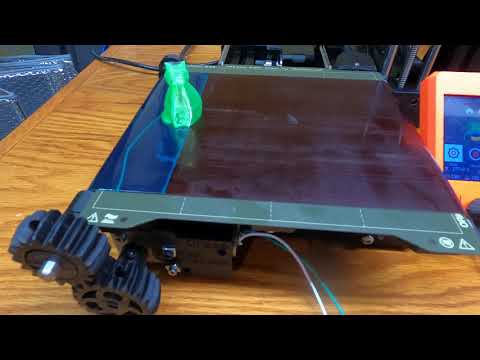 I still havent backed this tiny belt printer, but im considering it.

Kickstarter doesn’t have an awesome record of 3d printers my first was a Tiko, also on kickstarter. A good idea that never really worked at all. This looks like a good idea. the thing to remember kickstarter isn’t a store you are not buying a printer you re backing a concept. It might work be on time and work perfectly. Or in might never ship never get off the ground and you will see nothing.

I believe in backing ideas and believe in true crowd funding (shame on creality for using it as a marketing platform! it changes how people see the platform) If you decide to move forward never forget idea, and all the pitfall of manufacturing these days. It might never materialize or it could be a deal.

I just watched a Youtube vid on converting an Ender 3 into a belt printer a couple of days ago. Might be a better choice.