What are your thoughts on crowd funded 3d printers?

I heard the horror stories, I’ve lived through my own disasters with crowdfunding.

I’m looking for your experience with crowd-funded 3d printers.

The good…
The bad…
and
The ugly! 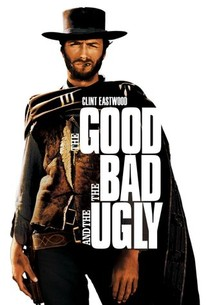 I have no issues with crowdfunding in principle. I take issue with commercial entities that use crowd funding as a way to fund product development because part of the cost of running a product based business is R&D. Asking people (presumably many of whom are already customers) to fund product development is asking people to fund your future success when your current success should be funding that work.

I have a non working Tiko …

I’ve been burned a few too many times with crowdfunding. I will not be backing anything via crowd funding any more.

I’ve personally done Kickstarter quite a few times.
Some of the ones i’ve Done:

CR-6 SE, a workhorse designed for who defines creativity, makes 3D printing ever easier before.

Designed from the ground up to maximize performance and reliability. Pico Hybrid won't hold you back or weigh you down. Machined in USA

TinyScopeCAM—Microscope in half the size of a business card

A portable microscope with a magnification of 1000X

See your friends clearly from 1000 meters away

An Infinite-Z volume 3D printer created by Naomi Wu & Creality3D, building on the work of Karl Brown and Bill Steele.

Personally im not a fan of it. If a business wanted support to develop an idea, then they should be looking for investors, not donations (i know kickstarter isnt dontations per say). Especially if its from an established company. If they want to see how interested people are for an idea, just do a pre production run and sell them at cost. If they sell out then move to full production. If they change the price for full production then thats just business.

Im partially bothered by Creality and how they marked the CR-30. They had a mostly finished product, then sent out a kickstarter. Its a safe bet there that youll get your printer, and theyll support it, but why not just sell it as a pre-order directly. The same people would likley back it, if not more would beacuse there is a now a real commitment to it. Meanwhile if a kickstarter fizzles out, there isnt anything you can do to get your money back.

Maker’s Muse did a good video on some kickstarters.

I got the CR6-SE on KS because the price was good. But then, the early pledge deliveries were plagued with problems. Some boards and power switches were faulty. Some nice vid’s on youtube on smoking, sparking printers, faulty filament detectors yadda-yadda-yadda.

I am not tech savvy but I have a friend who works in an electronic plant. She had it for a month and opened it to look. She confirmed I have one of the new on/off switch (good) and my board was from the first releases (not-so-good). Basically, she said she had no way of saying if I was going to have problems. She said, for you first long prints stick around, don’t leave it alone. I said - you realize we are still in a pandemic with nowhere to go right?

Any who so far all is okay. Would I do this again? No!

So I think it will be no more printers, and electronics for that matter, for me on kickstater.

Kickstarter and the others are not stores. You are supporting a concept with money. Some are worth supporting some not so much. The first issue is the belief you are buying something you are not. you might get a ‘reward or a perk’ for giving a group your money.

Some companies go on kickstarted with a fully developed product then you end up paying for being a beta tested. Some it is a final product version and it is used as a pre release sale.

I have backed a number on concepts some good (Biolite stove) some bad (MU optics thermal) Some in-between , my little white Tiko. I don’t resent this the little guy trying to bring something to market.

I am not going to pay to be a beta tester and not interested, pre release sale maybe although I would rather just pre order which is often a possibility anyway.

I agree with @gondolin I don’t think Kickstarter is a way to raise money to develop your product.

The Spirit of Kickstarter is for small / startup to be able to get a product off the ground. Not a way for big company’s to presell production units.

its a personal annoyance that million dollar company’s need Kickstarter to “test the waters”. Do market research you already have money behind you.

kickstarter is undermined by the big companies. It has been perverted from its original concept. I think this is squeezing the little guy out, again.