Which control board would you recommend for my Creality Ender 3?

I have an original Creality Ender 3 with an 8-bit board. I am aware of many options that exist for upgrading my machine to a 32-bit experience.

Which control board would you recommend and why?

What are you using in your machine?

I have the SKR Mini E3 (v1.4 I believe) and am quite happy with it. When I upgraded to a dual-geared extruder (BMG clone), my esteps went to 398 (makes sense; the ratio is about a 4:1). As a result, that poor stepper had to spin a LOT faster and it was very loud. I can barely hear anything. When retractions happen, I hear a small noise above the fans but otherwise nothing.

I upgraded to the BIGTREETECH SKR Mini E3 V2.0 at Black Friday for my Ender 3 Pro. I have been very happy. I’ll be honest I never found the stock Ender 3 Pro to be THAT loud (compared to what I assumed from all my reading beforehand) but was amazed at how much quieter it got with this board. I was able to compile my own firmware with a guide to add some features and have had no issues with it at all. I also added BL Touch at Black Friday and found it pretty easy to add in to the firmware as well.

Can someone explain the purpose of upgrading from an 8-bit to a 32-bit board?

More memory capacity and expandability. If you install a BLTouch on an 8 bit board often times you need to disable some of the 3d printers features to enable the BLTouch capabilities.

I went for a BIGTREETECH SKR V1.3 board with BIGTREETECH TMC2209 V1.2 steppers and i love it. The printer
is a lot quieter. I was able to activate a lot of feature in the Marlin firmware that wasn’t possible with the original board. Also, i was able to remove the X and Y limit switch because the TMC2009 allows sensorless homing.

I’m actually just doing a post on this topic. Let me know what you think

I have had 3 BTT E3 Mini boards in my Ender 3.
My first v1.2 died when the X motor driver failed, a few weeks after installing it. The motors were hot enough to fry eggs on. I discovered that this was a frequent failure mode, but noone was quite sure what caused it.
I blocked the 5VDC pin on my USB cable, moved the motherboard cabling away from the heatsinks on the motor drivers, and installed a bigger cooling fan on my 2nd v1.2 and that ran ok for over 8 months. Then I started getting strange behaviours from the printer that I could cure by reducing the size of my compiled firmware below 256K. (The v1.2 and v2.0 only have 256K of RAM, but those memory chips are manufactured but not tested with 512K, so a lot of folks get away with lying to the compiler about how much RAM is on them. If that RAM is or goes “bad”, though, you are just out of luck.)
This time, I bought the E3 mini Turbo board. It has a different CPU from the v2.0, with actual 512K of RAM and onboard EEPROM (the v2.0 emulates EEPROM in the RAM, which I think - but cannot prove - eventually may have damaged my v1.2 RAM).

When I installed my Turbo, I learned that there is a known design error on the board (and other BTT boards) that allows EMI noise on the ADC inputs from the thermistors. 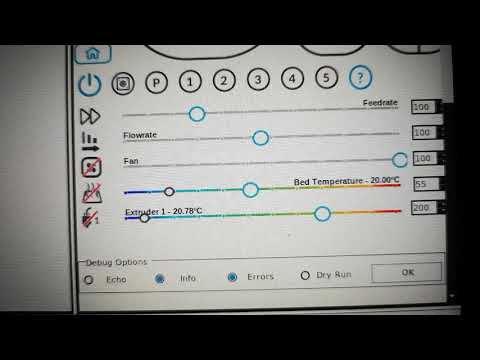 r/BIGTREETECH - Why you should not buy Bigtreetech boards // Why your...

A fix is posted online and new units have been modified to correct that issue, so I would recommend the Turbo version manufactured after November 2020, over the 2.0, if you decide on an E3 mini.

I Also have the SKR mini E3.

I love them both, the fans were louder then the Printers!!
I’ve sence swapped the 40x40x10 SUNON silent fans in to hotends and control boxes. now they’re SUPER quiet!!

I think it’s important to be cautious about what people post, especially on Reddit. The schematics of these boards and code are available, so there doesn’t have to be a lot of guesswork around how these boards work.

I followed the BTT GitHub to get the full story on this thermistor/ADC EMI issue. BTT acknowledge the problem, they advise which components to remove and short out if you want to fix your own board and all new boards now have zero ohm resistors where the capacitors used to be.

I upgraded a Creality 4.2.2 board on my Ender 3 pro to a Creality 4.2.7 board.
Super quiet and I think it’s printing better but that’s kind of subjective.
The firmware works, it works with Octoprint and a straightforward board swap.