I want to advertise the incredible lengths 3DPrinting Canada will traverse to solve any problems you have with the gear they sell you.
If you want endless ESL e-mails that don’t resolve your problem until you just throw the printer out the window, save yourself ten bucks and buy from Amazon.
But if you actually want to print stuff, and want help from people who’s mission is to help you print stuff, there is no other option in Eastern Canada that I am aware of.
They are awesome on the phone
They are awesome by email.
I live close enough to the shop to make the drive on my day off and the service is incredible. These guys live to print.
I have stood behind an entire family of frustrated 3d printers (kids and all) while they sorted out the problem. I actually enjoyed it, because they were so committed. Plus, I learned stuff.
Kudos to the the entire staff at 3D Printing Canada, and Merry Christmas.
May the new year bring nothing but the best!

Seconded. Best business of any type I’ve seen in a long time!

I reccommend 3dpc over buying from amazon for filament, parts and printers. With the bonus of amazing customer service.

All I wanted for Christmas was Spiralizing on a Creality machine.
My daughter wanted to match a cookie cutter with a chocolate mold.
Is this too much to ask?
It is not.
My wife thinks I made a 500 dollar cookie cutter but we know that I made the first step towards taking over the world! 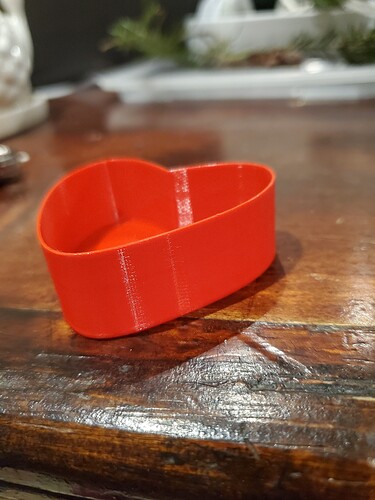 My wife thinks I made a 500 dollar cookie cutter but we know that I made the first step towards taking over the world!

Narf!
(OK. so the 20 character limit is killing the joke)

Preaching to the choir.

Kids these days would call my characterization of Chinese emails (ESL or English as a Second Language)
as a micro aggression, because racism.
I don’t care. If you are selling in English, sell in English.
I’m not trying to sell in Chinese because I can’t communicate in Chinese.

It’s neither micro-aggression nor racist. And for those that would complain about it as such, I would call them out for not criticising the vendors for greed; namely wanting to make money off a foreign market without putting the effort (and money) in to adapt to it. It’s infuriating, really. I had one vendor once refuse to provide a refund because the product they sold me was not what they described it as (I wish I could remember the specifics right now), but the point is, they used the wrong word to describe the product which gave the product a feature it did not, it turned out, have.

The reality is that every country has 10’s of thousands of students who grew up with the language. If I were selling a product in, say, Poland, I’d make my advertisement/web page/product manual/etc. as best I can (Google Translate), then reach out to a high school in said country and ask them to offer $20 each to 10 students to proofread the copy and send back corrections. I’d then compare the corrections to see where they differ to arrive at a consensus on what actually has correct grammar and spelling, and use that in my marketing. There are lots of students that would happily take $20 to read a few pages of text, I’d get back something that will be legible in my target market and it would only cost me $200 and some time.
Frankly, I expect that much effort from a manufacturer and consider those that can’t be bothered to be worthy of the ridicule. Plus, it can be downright hilarious at times, which is why I started the “incomprehensible manuals” thread on this forum.

Thanks Everyone, We truly appreciate the warm wish’s and comments.

I think you summed it up best,

help from people who’s mission is to help you print stuff,

Personally, I started at it about 14 or 15 years ago when you could buy 3d Filament at your local Sthil Dealer. and no that is not a type-o. My first Mandella Max printer used Weed Eater Line as the filament. I could pick up a bulk roll of it I seem to remember about 2 KG for $20 and everything was Orange or clear. That was it. Didn’t realize at the time most of the time I was printing with Nylon. Nozzles were hand-made from Brass end caps that I had to drill the hole into to be able to extrude filament. Then it was a hobby for me that my wife thought I was nuts, but it really has become a passion for me personally. I love to see new people get involved in it and create things from their minds. Some of the innovations still astound me.

I personally want to give a should out to all of you. It’s all of our customers that allow me to do a job that really does not seem like work. Yes, there are good days and bad, some customers that you will never forget and although very few a couple that you wish you could. I personally love the industry we are all involved in and hope to get everyone printing a little something.

I am tagging @chris on this as he should see this as well. I am sure he and the other owners will be humbled by the reputation they have built.

We really appreciate that our clients recognize our hard work. Without fabulous customers, we wouldn’t be here. Thank you for your support in 2021 and we look forward to the advancements in 3d printing in 2022! Have a wonderful Christmas! 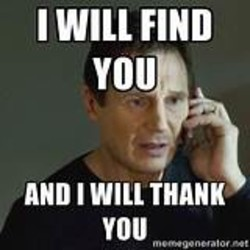