I recently sent my printer in to be serviced, and while the printer came back in much better working condition, the LCD screen no longer responds to touch nor does it allow me to print from the screen. I was advised to ask here for solutions. Thanks if it can be seen the attached image is what the screen currently looks like 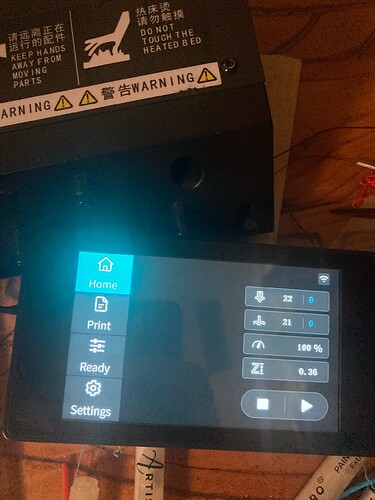 I would contact the people whom serviced it. If it went working and returned not working they have a responsibility to resolve it. If the touch part is not working but the screen is active either something is not seated correctly, the screen is dead, maybe firmware issues. You could start taking it apart but the question in my mind is you sent it out to be serviced you should not need to service the servicing.

That’s why I posted here, 3D printing Canada is who serviced it and I was advised to reach out to their techs on here although I’m not sure how to reach them directly.

Can you have a look at the screen about the menu and let me know the version of the firmware that is on it?

There are several versions out there, Only 1 or 2 work really stable. what did you have the printer in for? did we put the firmware on it?

Hi Jason, I just had it in for a servicing, I’m not sure exactly what was wrong with it. I had numerous amounts of issues, I’m not sure what firmware is installed on the screen itself but I do believe you had put a Marlin Binary file on the SD Card that came with the printer. If it helps outside of my username I am Michael Roy, I just sent the printer back within the last couple weeks here

I will attempt to look at the screen and see if I can find out the firmware, however the screen won’t respond to touch.

I can see the history here of the work done, You should be able to see the version of the screen firmware under info. I can see how that’s an issue if the screen is non-functional.

Could you double-check the connections between the screen and mainboard to ensure nothing has gotten broken in transit? All of our printers have to have a procedure completed on them to ensure functionality before they leave. It could just be as simple as a loose wire (or connection within the wire) Just trying to eliminate the small issues.

Hi Jason, I took the bottom off and had a look at the main board, as far as I can see the connection is strong and the cables do not look damaged in anyway, after attempting to punch them in farther the touch screen is still unresponsive

last night I downloaded a firmware based on the motherboard specifications off of Creality’s website along with the file set for the touch screen. Attached is a photo of the connection between the main board and the touch screen

that does look ok, If you want to try and flash the firmware on it I can send you a link to the ones I use. I am a little hesitant to jump on firmware though as the only difference is the fact that it was shipped.

If it’s the screen itself trying the firmware would not hurt I would have it matched before I sent you a replacement.

I’ll try any of the small fixes, I flashed firmware onto both the main board and the screen, I’ll try the ones you use. I’ll test it tonight and see if it fixes the issue 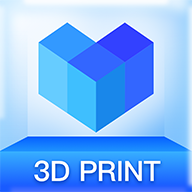 is the link to the download, You are looking for the following version of V.1.0.14 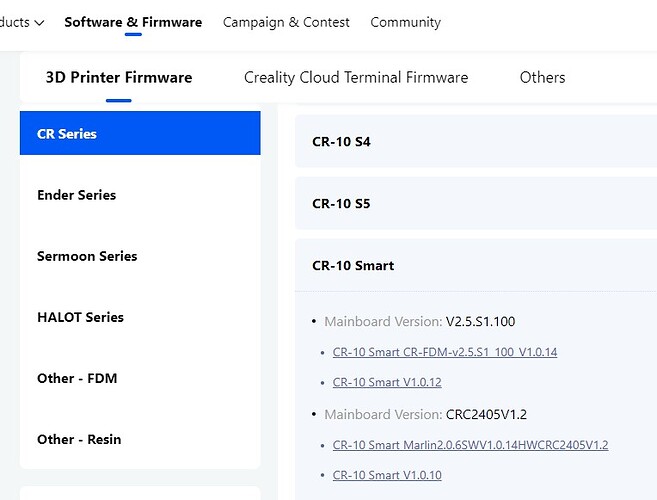 Does it matter which one I use? I used the one on the bottom based on which motherboard is inside my printer, I am not sure if the videos I found have the proper steps, from the information I got on how to do it and the only files I found show only needing the Marlin Binary and the DWIN_SET folder. I will try the V1.0.14 and update you if it works. based on the first attempt on the CRC2405V1.2 I had no change in the touchscreen.

Update: I used the CRC2405V1.2, touchscreen still had no change. I have flashed the firmware on both the mainboard and the screen. So far have had no success. I attempted both versions and only one firmware booted the printer properly.

Hey Jason, just wanted to check in and see if there was any other suggestions you had. The attempted solutions had no success

the last one I did I used the X.13 firmware and it worked not an issue, I know the process of burning the board firmware was brutal, You have to hold the side silver button until the printer boots or it does not take properly. The frustrating part for me is you cannot USB into the mainboard to check it with pronter face.

The screen is easy enough to check, the blue screen comes up and says end! when it’s done properly.

also if you can select the info button it will show you the correct firmware version on the screen.

Just to ask the question did you configure the wireless option? wondering if the wireless connection can home and control heat as it should? just trying to eliminate the mainboard as an issue.

I went through the main board process while holding the power button, same process for the screen, no issues doing either of them. The wireless function does move and heat up and I was able to use a pre sliced model and have it start a print, however for my larger prints the app isn’t very useful so I’d like to be able to use the touchscreen and print them off the SD Card.

it sounds like the mainboard went ok, Screen deff sounds like an issue. the only critical part of the firmware is both the mainboard and Screen have to match the version number or there is a strong chance it will not work properly.

Do you have a ticket open in our support system, Just wondering if I have 2 of the same issues or if are they both the same.? they both sound very similar.

I dont believe I have an active support ticket for this current issue, I have the original email thread under #34333, not sure if it’s still active. And I would be inclined to agree that the screen itself could be the larger issue, I used the firmware’s downloaded from the same ZIP file, granted I am fairly new at the firmware side of this.

My understanding to this point is that the DWIN-SET folder is the only one that is required to be flashed to the screen. If that is accurate I am unsure as I’m just working off the resources I can find on google for my specific printer. The attempts to flash the firmware have been successful but the operation of the screen has not changed.

I would agree, I believe the screen is an issue at this point.

I will flag @lauran on this thread. Send an email to support@3dprintingcanada.com and let her know your invoice number and we can get a screen sent out to you.

I am working remotely for a couple of days as cold and flu season is upon me and I don’t want to spread it around the office.

Please let us know how it all works out and that you get the issue resolved.