Hey everyone! Hope all is well. My friend and I are college students working on designing and building a 3D printer of our own and want to figure out what problem in the 3D printing world we want to address. We have a decent amount of experience with 3D printing ourselves, but we figured the best way we could get some ideas is by going to people with a lot of experience!

We essentially are looking for something that is missing in 3D printers (FDM printers specifically) or something that could be improved - it doesn’t really have to be anything major. We would just like to use this project of ours to do something to improve the 3D printing world!

Thank you for your time!

How about a very accurate, very reliable Z Height (nozzle to print surface) measurement method that would eliminate the need for the “paper test”?

I would really like to see the ability to use MIG welding wire.
Make for some very sturdy prints.

Just kidding, but it would be nice.

Rock solid bed levelling. I would love to see levelling that not only was automatic but able to level on other surfaces perhaps not flat surfaces. The ability to extrude plastic on cloth or even felted shapes with relief.

true non planar printing (real 3d printing) and a nozzle design that would allow this as well as supporting slicer.

Welcome to the forum, Glad you found us. You do pose a very interesting question, I am curious to see what the answers will be.

I would have to say my improvement suggestion would be around troubleshooting, Under extrusion, over extrusion, and prints not sticking to the bed are the biggest issues generally speaking. If it’s clogging where is it clogging, Extruder, Hot end, nozzle? Is there a way to tell where it’s not moving properly?

Not really a problem more of an area of improvement.

Yes that too! A filament sensor that doesn’t only detect if there is or isn’t filament but detects the movement of the filament and compares that to the stepper movement, and detects inconsistencies or full jams.

Well, you are in luck! That type of sensor already exists! 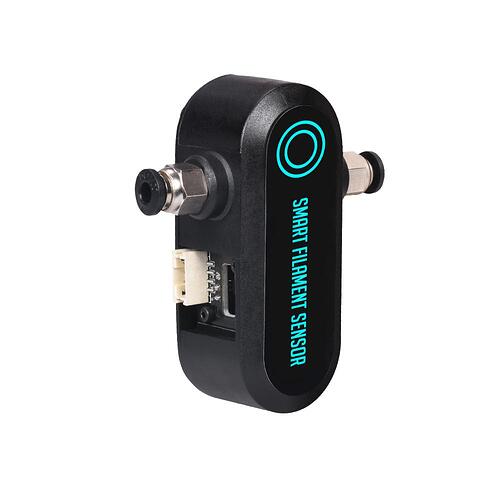 If I was to try and work on a single improvement, I would look at nozzle mounting, Trying to create a better mount.

Most of the time nozzles are connected very high, (top of the cooling tower) and then you end up with a long dangling piece of metal with a nozzle at the end.

however just another couple of cents into the fountain.

The distance between the top of the heat sink mounting to the tip of the nozzle is typically 50mm (2") and it should be securely mounted to the gantry. This is now what I would consider a “long dangling piece of metal”.

If the nozzle position is affected by the forces applied by the Bowden tube, then you don’t have a very secure mount which really should be addressed as part of the gantry design.

This is not to say that I haven’t seen a number of (very expensive) commercial printers that don’t have very secure gantries - I you see me looking at a printer for the first time, you’ll see that one of the first things I do is to tug on the nozzle to see how much play/rolling/pitching there is with it.

Bolting the nozzle to gantry introduces a whole host of potential problems; the current design is quite elegant, cost effective and very rigid.

I’m guessing you’re saying something else but I’m not sure what it is.

I agree, maybe I should word it a little different.

I generally do the same thing to a new printer as well, Grab the nozzle and see how much play is in the gantry, Will tell you pretty quickly how much movement there would be.

Standard mount now only mounts on the red highlighted area, I would like to see a cradle type of mount that will clamp onto the blue area as well, increasing the overall rigidity of the mount. 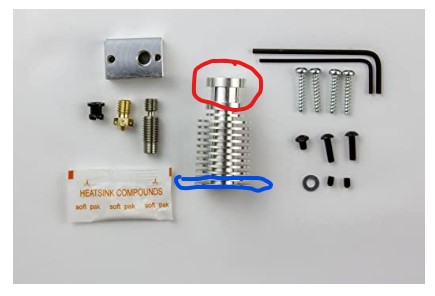 The problem with attempting to fasten anywhere other than the top of the heat sink is that you have the heat and thermal expansion to deal with. I agree that the V6 seems to be a potentially flimsy design but people have designed a lot of printers around them.

The best solution that I’ve seen is to basically get rid of the heat sink and attach the heatbreak to a machined extruder drive that has its own cooling fan and can be mounted (very) rigidly to the gantry. Once you do this, the entire assembly can be mounted on the gantry with very little possible movement (for whatever reason).

Improved bed levelling and better Z height control would be tops on my list. Laser leveling tool rather than the touch point would be cool.

My wife is convinced that if a tool has a laser built into it, I’ll buy it - she’s not completely wrong.

everything is better with a laser,

My wife said my kids are too much like me and will experiment with it and lose an eye,
My wife also is not wrong. Don’t tell her I said that although she is on the forum as well

Any improvement on the mechanical side would a help with the emphasis on ease of repair. Automation can be a source of frustration for the newcomers to 3d printing. A famous billionaire once said the best part is no part.

Mig welders were used for additive manufacturing more than 50 years ago. Various mechanical devices held the gun and moved it over the workpiece following a pattern. The steel tread rollers on earth moving equipment and tanks wares away and is replaced by a Mig mounted in a modified lathe.

I know that. I want it in my home office.

These are all great ideas but I think I need to echo the bed leveling points as they tend to be the #1 issue for new users. If the goal is the make 3D printing as simple as 2D printing (plug and play) then bed leveling (and to a lesser extent Z height) has to be dealt with in a way that’s as hands-off as possible. That might mean additional cost (eg what if you added 4 servos under the bed rather than adjustment knobs and let it level the bed on its own?) but the value proposition is huge!

Develop a 5d printer where all 5 axis are done with the print head(or at least all besides the z axis), as opposed to the 5d printers where the bed is tilted and rotated to add the 2 extra axis. Oh, and try to do it with as few proprietary parts as possible!