How to install a BLTouch on a CR-10s Pro *UPDATED*

Here is a video showing you how to install the BLTouch auto-bed leveling system to you CR-10s Pro. In just 15 minutes, you will be able to level your bed automatically! Check it out!

I tried this exact method on mine and it does not work. The gantry just keeps going up and the autobed level button will not turn on. I am not sure which software to use and I wish he would have shown that process.
I hqve not been able to get this printer working now for over a week no matter what I do. I sure wish someone could walk me through this.

Does this void the warranty? My artillery removing the bottom panel did and the tech support cut me off as soon as they herd BL Touch. If it does you should really have that mentioned at the beginning.

At this point I am not concerned about the warranty. I installed the Bl touch according to the video 2 years ago and it worked fine. I am just not sure why I can’t get it working again. I have tried every piece of firmware available for this machine. I am missing a step somewhere but I can’t pinpoint it.

I Don’t know much about the branded creality’s . Did you have to unplug the display? Did you?

No the display has it’s own software which is installed first and then you install the firmware after that. Both versions have to match. That part works fine but when I turn on the machine the z axis starts going up rather than down and the auto-bed feature button will not come on. There is something that needs to be edited but I am not sure what. There are plenty of youtube videos explaining how to install the software but I will be darned if it will work for me and for the love of god I can’t find one person to lend a hand. I have never seen anything like this before. I get it that people are busy but for Pete’s sake is there not one person out there that can help?
Sorry for the rant. I guess I will just have to go and buy another printer and put this one aside until I can fix it. Holy crap I can fly a plane but I can’t figure out this silly printer.
Go figure.

Can you put it back to its original configuration and have it working? If you do that you might be able to isolate where it goes wrong doing the install again. You also have an opertunity to check all the parts in case something failed

That is an option and perhaps I will have to go that route. Thanks.

Well looks like it is working again thanks to Tony and Keith from 3D Printing Canada. I can’t thank them enough for their help.
If anyone wants to know what I did let me know and perhaps I can pay it forward.

Might be helpful to have that here anyway for someone who is searching for this problem.

Hello folks,
Ok I have everything working again and as promised here is what I did.
I downloaded the following 2 files. I also used the Prusa Slicer to flash the board. It works better than any other slicer I have used before. 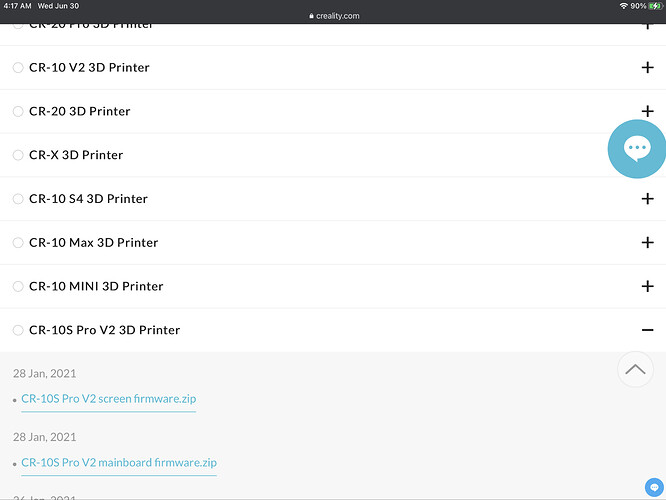 Now having said that you may notice that when you go press the leveling button the gantry starts rising instead of going down to the bed.

So rather than changing the Z direction in the firmware I simply removed the plug from the Z-slot on the main board and moved it to the Z+ slot. This worked for me so I see no reason why it won’t work for you also.

If you would rather make the change in the code go ahead. I am not fiddling around with martin or arduino anymore than I need to.

Sorry, what I meant is that I moved the BL touch cable from z- to z+
To reverse the gantry.

Please what do you mean by:…“Both versions have to match…”?

The matching firmware means both need to be compatable. Example being your printer has abl but your screen dosent support it. Unless you used octoprint or pronterface, itll be hard to use properly.

Usually the screen firmwares are a bit of a blanket but set up to make best use of a firmware set up alongside it.

Atleast thats my interpretation of it.

Are you having issues setting up a screen or abl system?