First layers are good but then it goes like this 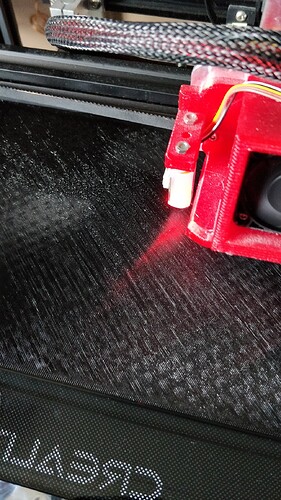 I can’t say I know definitively, but does this start around layer 3? If so, that’s generally where the fan comes on by default (in Cura, at least). It could be that the fan is causing the filament to cool too quickly and the filament isn’t flowing into the gaps correctly. Try reducing your fan speed.

I’m using prusaslicer so what would l look for and change it to what settings?

I’ve never used Prusa, so I can’t answer that myself, but I would point out that you can usually modify the fan speed mid-print from the control panel.

Try a print where this is a problem, once the problem starts, use the control panel to reduce the fan speed (say, 50%), and see if it goes away as the print continues. If it doesn’t go away, decrease the fan speed some more. If it does go away, increase the fan speed until it shows up again. That will allow you to zero in on the optimal fan speed for that particular filament, which you can then put into Prusa when you find out where the setting is.

It also dawns on me as I write this that it could also be too low an extrusion temperature. Change only one variable at a time. Maybe start with fan speed since you’re already happy with the first layer(s).

Increasing the extrusion temperature will also delay the solidification and allow the filament to fill in the gaps, but it may effect stringing if the temperature is too high.

That is the final layer after the infill. Maybe l need more layers?

OK thank you l will try that and report if it solves my issue.

How did it go I hope it helped u

Haven’t printed anything yet. Working on drawing up something in tinkercad. I will let you know
Thank you for your reply.

I increased my layer’s to 7 and nice and smooth. I guess not enough layer’s.